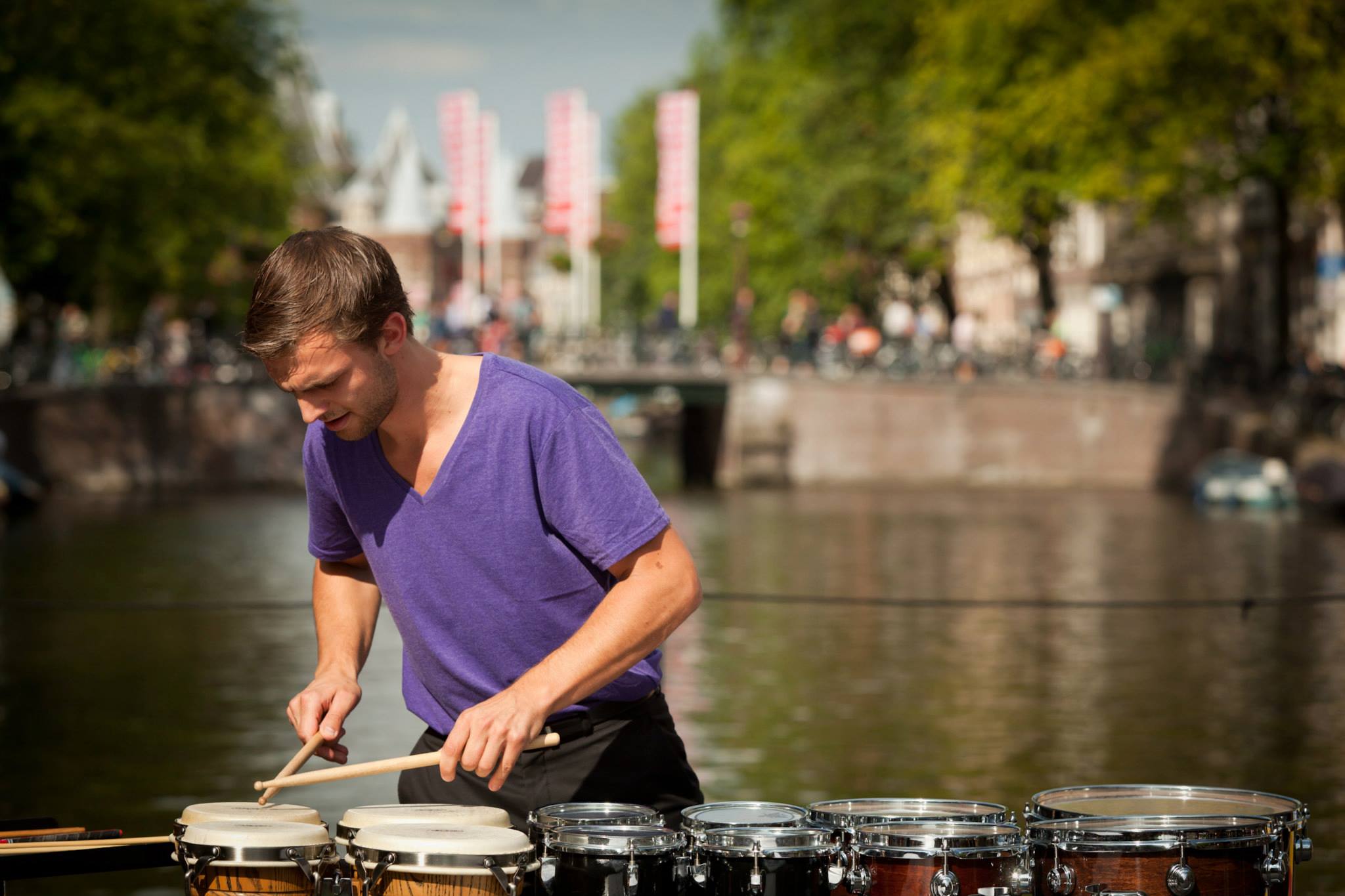 Here you find my biography! If you want a digital version, or my digital portfolio (available in English and in Dutch), please send an email to info@niekkleinjan.com!

‘The best percussionist I’ve heard in years.’ (-) ‘Everything sounds exactly like he wants it to, when he wants it to.’ – Jury Dutch Classical Talent 13|14

Niek KleinJan (Almelo, 1988) is a sought-after solo percussionist in the Netherlands. He often plays solo concerts, recitals and concert series at festivals and in different venues like The Concertgebouw in Amsterdam, De Doelen in Rotterdam, Muziekgebouw Eindhoven, TivoliVredenburg Utrecht and De Oosterpoort in Groningen. Niek has worked on radio and television recordings of Radio 4, Vara, SaltoTV, the NTR and brava.

In 2011 and 2012 Niek played with the National Youth Orchestra and in 2012 he interned with both Het Gelders Orkest and the Dutch Symphony Orchestra. He freelances with different orchestras, opera companies and ensembles like Het Gelders Orkest, HET Symfonieorkest, Het Brabants Orkest, Nederlands Blazers Ensemble, the Dutch National Opera and the Nederlandse Reisopera. Because of this, he has collaborated with conductors such as Martin Sieghart, Ivan Meylemans, Ken-ichiro Kobayashi, Antony Hermus, Antonella Manacorda, Ed Spanjaard, Jurjen Hempel, Jan Willem de Vriend, Otto Tausk, Mark Shanahan, Marc Soustrot and Patrick Davin.

Niek has played on many stages throughout the Netherlands, Zweden, China, Switzerland, England, Italy, Austria, America, Germany, France, Latvia, Estonia, Luxembourg, Belgium, Lithuania, Poland, Portugal, Russia and Morocco. He has taken part in a variety of competitions including the Grachtenfestival Conservatory Competition 2011, where he made it all the way to the finals. Niek has been a part of Dutch, European and world premieres, collaborating closely with composers like Jacob ter Veldhuis, Andrew Beall, Kaija Saariaho, Arnold Marinissen, John Luther Adams, Edgar Guzmán, Steve Reich, Wim Henderickx, Nick Zammuto, Philip Glass and many others. In April 2011 he got a distinction from Jacob ter Veldhuis for his rendition of GRAB IT! and in July of that year he was awarded the ArtEZ Vriendenprijs.

From 2012 to 2014, Niek has been the percussionist for the Young NBE, the ensemble coached by the Nederlands Blazers Ensemble. The Young NBE takes on a big part of the preparation for the big New Years Concert put on by the ensemble every year.

In 2013 Niek started the ‘Duo Wolfs/KleinJan’ with clarinettist Tom Wolfs: a young, spontaneous and original clarinet-percussion duo. They developed their own, new way of performing by carefully choosing their repertoire, and putting extra thought into programming and stage presence. The first four concerts, including one on Herman van Veen’s estate and one at the Royal Theatre Carré, were received with much acclaim. The duo recently performed in a live show for the Radio 4 program: ‘De Klassieken’.

In the 2013-2014 season, Niek was a finalist for the prestigious and renowned Dutch Classical Talent competition, organised by the Concertgebouw and the Concertgebouw Orchestra, which included a tour through the Netherlands during February and March 2014.

In the summer of 2014, Niek toured through the United States, taking part in the Chosen Vale Percussion Seminar, taking classes and giving concerts in Enfield, Washington, Boston and New York. During the tour he played and studied with Michael Burritt, Glen Velez, Colin Currie, Douglas Perkins, Greg Zuber, Tim Feeney, Cynthia Yeh and Matthew Duval. He was also part of the creation of the world premiere of ‘Sila: The Breath of the World’ by John Luther Adams (Pulitzer Prize 2014).

Niek is the artistic director of The Percussion Canon, the most sizeable media project ever created for solo percussion. In the next couple of years, Niek will produce the fifty most important pieces of solo percussion in clips of the highest quality, which will then be broadcasted on brava, YouTube, Soundcloud, iTunes and Spotify.

In August 2013 and 2014, Niek and his Percussion Canon could be seen as part of the Grachtenfestival in Amsterdam, as well as live on the Radio 4 show: Earbites, and every day on stage at the Compagnietheater.

In March 2015 Niek had a tour through Mexico, he gave masterclasses and concerts in Mexico at Universidad de Xalapa, Universidad de Guanajuato and Universidad Nacional Autónoma de Mexico in Mexico-City. He world-premiered two new commissioned pieces by two Mexican composers: Edgar Guzmán wrote X,Y Counterpulse and Tomás Montero wrote Reflection for snare drum solo. During a concert in the Museum of Arts of Querétaro he played the world premiere of those two pieces.